Rong, represents the upper reaches of the Indus Valley or the upper parts of Changthang is pierced with narrow gorges and vertical cliffs. Rong literally meaning gorge in Ladakhi, opens up to the vast stretches of the Changthang plateau that hosts the important lakes like Tsokar and Tsomoriri.

The mighty Indus, which originates in Tibet, meanders through the Changthang, then traversing through the Rong Valley. Herein, oicturesquely located are the Himalayan Homestay sites just over an hour’s drive east of Leh. With yaks in the backyard, pashmina goats and possibility of snow leopards and wolf sighting, Rong offers the Himalayan Homestay in Liktsey (70kms), Tukla (72kms), Hemya (80kms) and Kesar (135kms).

The foremost reasons to visit are the breathtaking vistas of the Rong Valley gorge, through which the Indus flows, are the pristine lakes (tsos) and wetlands, such as Tsokar and Tso Moriri, that support a host of rare wildlife. The Changthang is home to the Changpas, a nomadic tribe who tend sheep, pashima goats, horses and yaks. 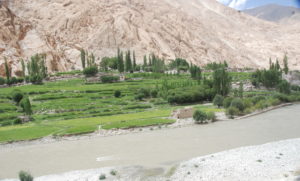 Himya lies 10km from Liktsey and is known for its basket-making. Six of its 32 households offer homestays. About 2 hours away, the beautiful Chabraling Lake at Sumdo makes a great day trip. Himya’s environs are rich in wildlife and several hikes lead out of here. Hemya comes under Nyoma block in Rong area at the distance of 80Km from district headquarter Leh. 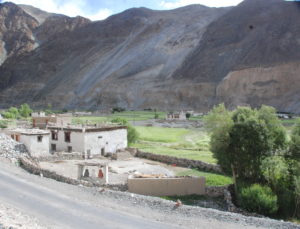 Kesar’s environs are rich in wildlife including the stone marten, an unusual carnivore that is found in these parts. Four of its 17 houses have joined the homestays programme. In the pastures around neighbouring Nyi, look out for majestic and highly endangered Tibetan argali, the largest species of wild sheep in the world. 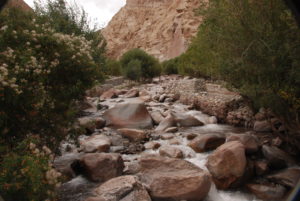 Khatpu real name was derived from a village name called Khapul in Gilgit Baltistan .It is believed that two couple from Khapul (Cho)came to this place to settle down and later the name evolved to Khatpu from Khapul. There are total 12 households in the village out of which two offer our homestay.There is a small monastery in the village also.Juniper plant also grows in this region as well as many important medicinal plants and there is also a spring water which does not freezes in the winter.

Khatpu is an organic village.The vegetation is rich here apricots ,wheat and peas are the major production.

Khatpu is also rich in wild life as snow leopards roam the terrains very often as its prime prey Blue-sheep is abundant here.Rabbits and marmots are a common wild resident of this village. 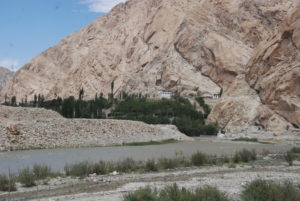 Liktsey’s original name is Laytsa which means a small village.Scenic Liktsey is famous for its carpet weaving. Six of its 28 families have joined the homestays programme. In the high pastures above the village are the lakes of Tso Gongma and Tso Yogma, where you may spot migratory Ruddy Shelducks in summer. You may also see blue sheep, pikas, golden eagles and lammergeier and if you’re lucky, wolves, wild dogs, red foxes and snow leopards. This is also a good habitat for Eurasian otter and Eurasian lynx. 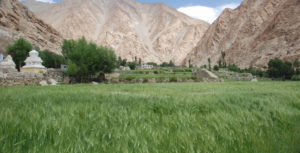 Tukla is 5km north of Liktsey and is known for its barley production, carpet weaving and its monastery, which is a prototype of the famous Chemray Gonpa. Six of its 28 households offer home stays. This is a good habitat for the Asiatic ibex, with its beautiful scimitar-shaped horns. Look for small herds high on the ridges. 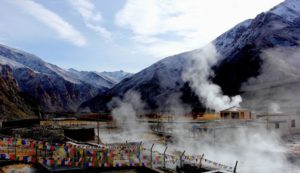 Chumathang is a beautiful village situated in the southeast direction of Leh.The main source of livelihood of people here is agriculture and livestock.Chumathang is endowed with vast pasture lands.There is also a monastery in the village up high on a mountain,with a breath taking view of the village as well of the valley.Hot spring is also another reason for locals and tourist to visit Chumathang.We have two homestays in this village with excellent hosts.